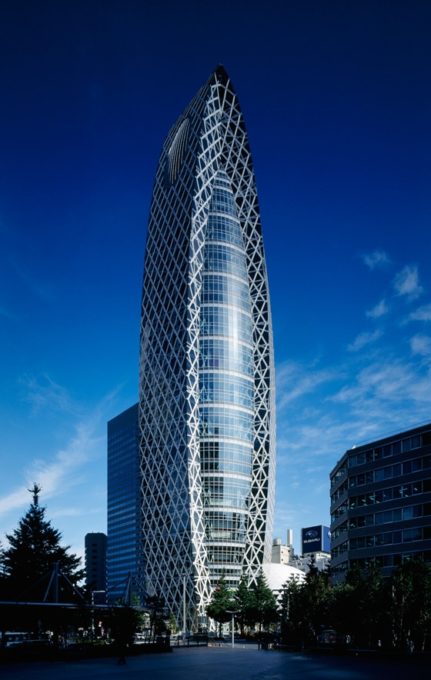 The COCOON TOWER is a fifty-story educational facility built in 2008 in the high-rise district of Shinjuku in Tokyo, Japan.  The building is home to three educational institutions: a fashion vocational school, a special IT and design college, and a medical college.  Mode Gakuen University held a design competition and 150 proposals were submitted including fifty from big-name architectural firms. 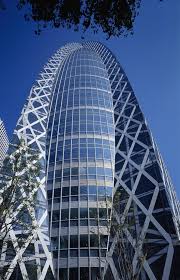 Of interest to the theme of Diagonality is that the single condition imposed by the sponsors was that the building could not be rectangular. The result is a structure that combines curvilinear and diagonal design elements.  On a typical floor, what is reported to be an oval shape organizes the internal elements composed of (1) a bathroom, utility, vertical circulation core, (2) three student lounges three stories high, and their classrooms.  This triangular disposition of internal elements is an arrangement that has a long history in the world Phenomenon of Diagonality (a subject treated under Themes in the Dialogue section of this site). 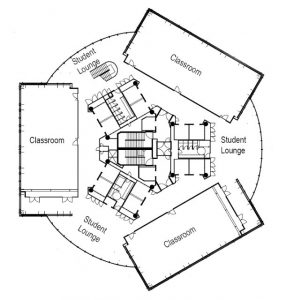 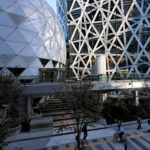 Tange Associates won the competition with its blue glass and white aluminum curtain wall grid composition, which won the firm the Emporis.com 2008 Skyscraper of the Year Award.  Construction was started in 2006 suggesting that the design was conceived perhaps two years earlier.  The overlapping diagonal grid is reminiscent of the Beijing National Stadium (Bird’s Nest) in China on which construction started in December 2003.  The Bird’s Nest opened to the public in 2008. 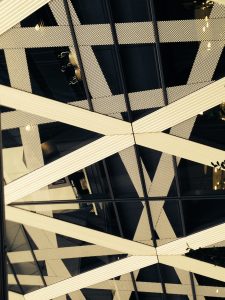 Additional useful aesthetic and technical information can be found at the following site:  http://www.ctbuh.org/TallBuildings/FeaturedTallBuildings/Archive2009/ModeGakuenCocoonTowerTokyo/tabid/4239/language/en-US/Default.aspx 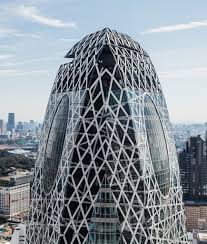 Some photos on this page were copied from the Tall Buildings site.