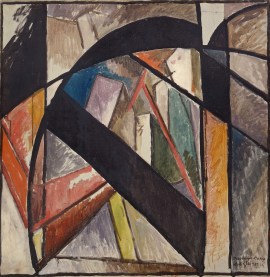 “The year 1913 saw the movement [Cubism] continuing to evolve. The changes it had already undergone since the Indépendants of 1911 could leave people in doubt as to its nature. Cubism was not a school, distinguished by some superficial variation on a generally accepted norm.  It was a total regeneration indicating the emergence of a wholly new cast of mind. Every season it reappeared renewed, growing like a living body.  Its enemies, could eventually, have forgiven it if only it had passed away, like a fashion; but they became even more violent when they realized that it was destined to live a life that would be longer than that of those painters who had been the first to assume the responsibility for it.”

THE TRANSFORMATIONAL IMPACT OF THE CRYSTAL

Cubism was only one form of artistic expression that resulted from the early scientific investigation into crystals that occurred throughout the 19th century. That investigation and the resulting morphological analysis of crystal formations resulted in a widespread interest in crystal geometry by artists, architects, writer and designers of all stripes. Albert Gleizes quote above captures the broader notion that the era of the crystal captured the imagination of the modern world for more than a century, and continued to live on beyond that, throughout the modern era, transforming to its core the traditional worlds of art and architecture.

This chapter under development –