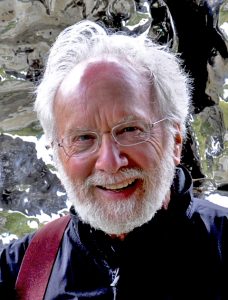 Bachelor of Architecture, 1963
University of Pennsylvania, School of Fine Arts

Levinson’s drawings, correspondence, and models are currently being collected and preserved by the Architectural Archives at the University of Pennsylvania. Publication of a book is planned: THE HOUSES OF JOEL LEVINSON

Levinson’s Arbor House was included in a tour of the works of Louis I. Kahn and the ‘Philadelphia School’ organized by the Society of Architectural Historians and the Architectural Archives at Penn. The tour also included works by Robert Venturi, I.M. Pei, Mitchell/Giurgola, Frank Furness, and George Howe. 2008

Projects exhibited at the University of Pennsylvania, The Legacy of the Philadelphia School: An Exhibit of the Work of Students and Colleagues of Louis I. Kahn, 1991

Honored by the Institute of Contemporary Art, Philadelphia, Pennsylvania, in their lecture series The Architecture of our Times, 1975.  Levinson lectured to Institute members in his Hillside House, Rydal, PA.

Brasler residence selected for tour by the Society of Architectural Historians and the International Committee for the Documentation and Conservation of Buildings, Sites, and Neighborhoods of the Modern Movement.

Board of Directors, Philadelphia Chapter, American Institute of Architects, 1975-1976.
Trustee and Chairman of Buildings and Grounds Committee, Pennsylvania School for the Deaf, 1976-83.

Levinson’s architectural and interior design work has been published in a number of national and international professional journals including:

Progressive Architecture, in an article about “Philadelphia’s Phantom School – Architects after Kahn” Architecture and Urbanism.

Levinson’s work has also been profiled in several books and newspaper articles including:

Architecture in Philadelphia by Teitelman and Longstreth.

A Guide to Twentieth Century Contemporary Architecture, by Carole Rifkind.

Using The Sun To Brighten The Crisis, AIA Journal, 1974.

Eye Of An Architect, a column on design and other topics published in the CHESTNUT HILL LOCAL since 2012.

Historian and writer for The Historic Gowen Estate House Tour.

The Daring Diagonal, in progress.

The Reluctant Hunter, a novel set in worn-torn Bosnia, 2012.

In addition to various commissions, Levinson’s work has been exhibited at the following venues:

Gaudi and the Spanish Landscape, Offices of Elfant-Wissahickon, Philadelphia

SpaceGroup, Founder of a salon focused on discussing cosmology, astrophysics, cognition, and philosophy

The Architectural League of the Philadelphia Art Alliance, Founder and Director, 1977.

Co-researcher, Broad Street Corridor Solar Energy Study, under a grant from the National Endowment for the Arts.