In the mid-1960s, after discovering information aesthetics as taught by his Professor Max Bense, Manfred Mohr (b. 1938) turned from abstract expressionism to computer-generated algorithmic geometry.  Born in Pforzheim, Germany, he lived also in Barcelona and Paris before taking permanent residence in New York. Almost every one of his works in his newly adopted computer-generated geometric mode of expression reveals a pivotal embrace of Diagonality.  This engagement with Diagonality, however, did not result so much from an understanding of the historic roots of the diagonal motif and of the cultural Phenomenon of Diagonality that swept the world in the 20th century.  Like almost all modern artists working in the angular genre, it was a “blind” engagement with Diagonality, a motif that became the signature geometry of the modern era. This blind engagement in no way diminishes the significant artistic merits of Manfred Mohr’s works, but in fact, elevates his body of work because his use of the diagonal springs from subconscious artistic sources.

These subconscious sources would include for instance, the linear images of triangulated iron and steel trusses and space frames that came into ubiquitous use at the end of the 19th century. 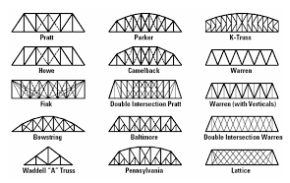 Another probable subconscious influence stemmed from Cubism and the theory of relativity where alternate views of the same subject were superimposed as in this work by Picasso. 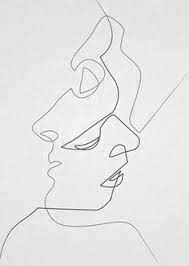 Yet another possible subconscious influence could have been a knowledge of the endless permutations that arise from the four letters in the genetic code. 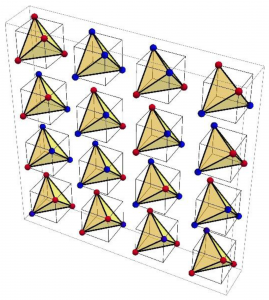 And the last example of a subconscious influence was the break with symmetry that occurred in architecture in the Victorian era.  The deadly symmetry of ages past was overturned for a much looser organization of parts. 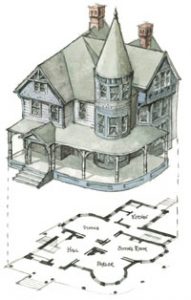 Mohr was a Jazz musician (tenor-sax and oboe) from 1957 to 1961. In 1960 he turned briefly to action paintings until he came under the influence of Bense’s information aesthetics in 1961.  In 1962, living in Barcelona, his palette turned exclusively to black and white. Between 1964 and 1967 he studied at the Ecole des Beaux-Arts in Paris.  Experiments in geometric themes lead to hard-edge painting.  It was in 1969 that Mohr started drawing with a computer. 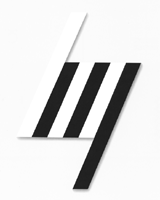 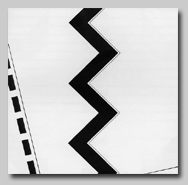 In ’72 he began producing sequential computer drawings and then computer-generated animations.  In 1977 he introduced Diagonal-Paths into his work. 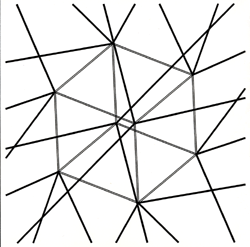 From the beginning of his artistic career, Manfred Mohr received numerous awards and participated in many shows.  Diagonal-paths continued as a major motif in his work even though he continued to explore multi-dimensional mathematical forms of expression. In 1994 a comprehensive monograph was published. 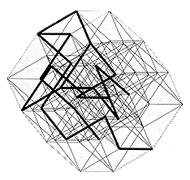 Additional illustrations of Mohr’s works; writings about him and writings by him can be found at http://www.emohr.com/index.html