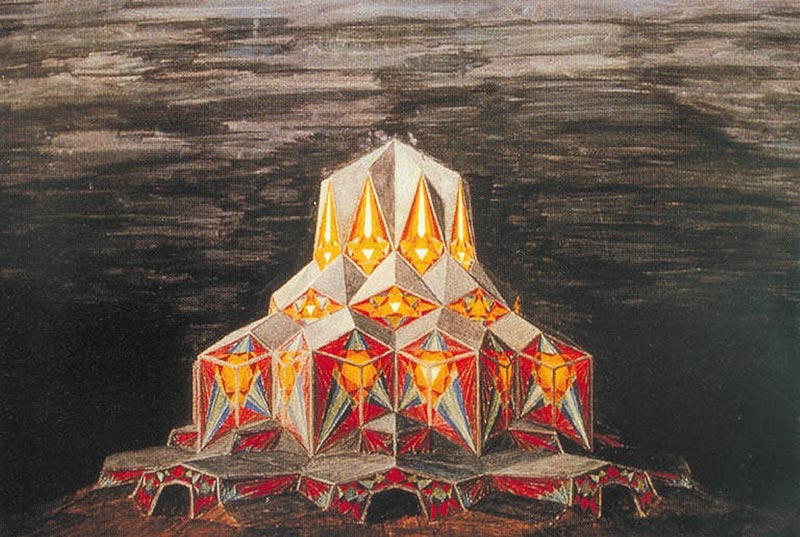 Crystallography is the science of determining the geometric arrangement of atoms in natural crystal structures. This science is largely rooted in critical studies performed during the 19th century. One such investigator was the German mineralogist and physics instructor Christian Samuel Weiss (1780-1856) whose concepts regarding such notions as crystallographic axes and crystal systems created “…a formal edifice in which much of nineteenth-century crystallography found a compatible home and a place to grow.” 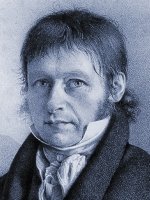 It is doubtful that the great American architect Frank Lloyd Wright (1867-1959) knew of Weiss’s contributions but the master was influenced by the teachings of Friedrich Froebel who was not only a crystallographer in his early years but worked directly with Weiss between 1812 and 1816.

It is therefore reasonable to assert that there is a direct link between 19th century scientific investigations into the emerging world of crystallography and the world of design at the end of the 19th century and into the 20th century.

This influence can also be seen in the mindset of a German architect in the first half of the 20th century when Wright’s engagement with Diagonality was in full swing.

Bruno Taut (1863-1915) built the 1914 landmark expressionist Glass Pavilion, or Glashaus, for the Cologne Deutscher Werkbund Exhibition. (The art movement Expressionism was fashionable in Germany at this time.) 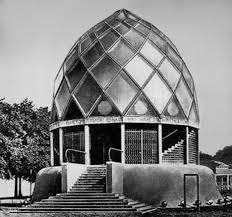 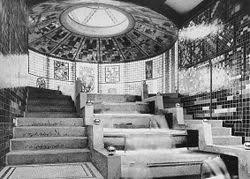 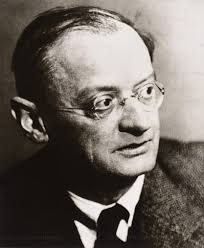 Built for the German Luxfer Prism Syndicate, the company used the interiors of the Glashaus as a showcase for their many products such as glass prisms, tiles, balls, mosaics, mirrors and windows.  The Deutsche Luxfer Prism Syndikat was a division of the U.S. Luxfer Prism Company started in October, 1896 as the Radiating Light Company founded by James G. Pennycuick to commercialize his patent # 312.290 of 1882 for “an improvement in window-glass.” 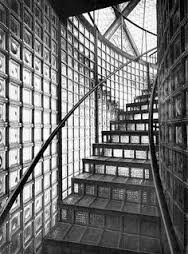 As stated on the Luxfer Prism Company website, “His improvement was the addition of horizontal prisms to the back side of square glass tiles [blocks], which redirected sunlight from windows where it was plentiful, back deep into rooms where light was scarce, reducing the need for artificial lighting and light wells.” Frank Lloyd Wright was later associated with the Luxfer firm when he was asked to design some patterns for the company. 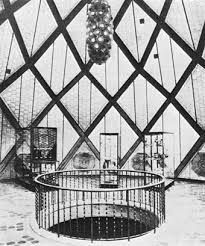 The Glashaus, destroyed at the end of the Exhibition, was intended to “demonstrate the potential of different types of glass for architecture,” and to indicate how glass could “orchestrate human emotions.” According to an architectural critic of the time, Adolph Behne (1885-1948), “The longing for purity and clarity, for glowing lightness and crystalline exactness…found a means of its fulfillment in glass—the most ineffable, most elementary, most flexible and most changeable of materials, richest in meaning and inspiration, fusing with the world like no other.” 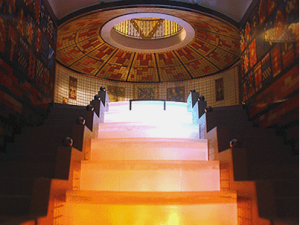 The dome consisted of diamond-shaped panels held in place by a diagonal web of thin concrete frames, known as the Keppler system. It was intended to express the complex geometry of nature, a keen area of scientific investigation, as indicated above, throughout the previous century. 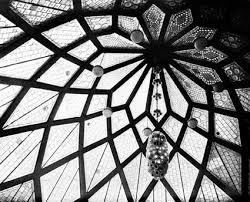 The panels consisted of assemblies of Luxfer Prisms set vertically in a running bond pattern like paving bricks. 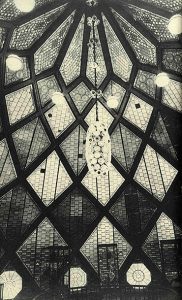 Below the dome, themes of mystery and symbolism were carried out in waterfalls of glass, glass stair treads, and, with enclosing walls of Tiffany glass. 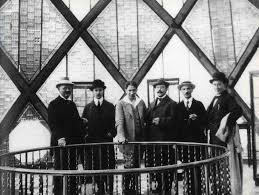 Scheerbart on the far left

Taut was deeply influenced by fantasist German writer Paul Scheerbart (1863-1915), particularly his 1914 novel whose protagonist Edgar Krug was the “glass architect.” Taut dedicated his Glashaus to Scheerbart whom he called his “Glass Papa.” The novel reveals Scheerbart’s commitment to the use of glass in modern architecture and is an outgrowth of his first novel Das Paradies in which he advocated a transformative new architecture of glass. 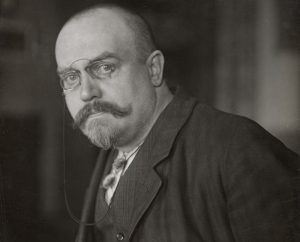 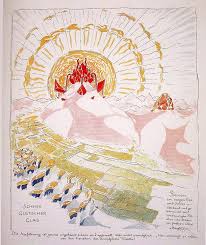